BeReal: the social media app taking over our phones 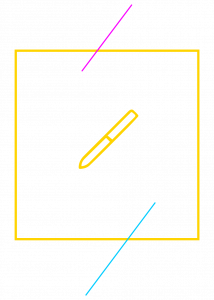 BeReal: the social media app taking over our phones


Just when you think you've seen every social media you could, someone comes up with yet another unique way to share our lives with friends and strangers.

These days, people are joining a new and fast-rising social trend. Besides taking part in heated conversations on Facebook, posting polished lifestyle stories on Instagram, or sharing obscure life hacks on TikTok, they are also “being real” on BeReal.

The idea is simple. Once a day, the app sends a notification to you and the people on your friends list. Then, you have a two-minute window to post a candid picture of what you see and yourself at the same time. But aren’t those two pictures? No, they’re not. Because BeReal uses both the front and rear cameras simultaneously to post a large picture of what you see and a small picture of your face at that exact moment.

Furthermore, the app offers extra incentives for “keeping it real.” If you miss the two-minute deadline or re-take the photo for a better-looking outcome, you can still post on BeReal. But your friends will know how late you were and how many times you re-took the photo. Therefore, they’ll know you’re not “for real.” And, maybe, express their disapproval with a “Realmoji” — a photo of them imitating an emoji.

So, what’s the point of being “real” for a single moment every day? According to the app makers, to be authentic and “to discover who your friends really are in their daily life.” 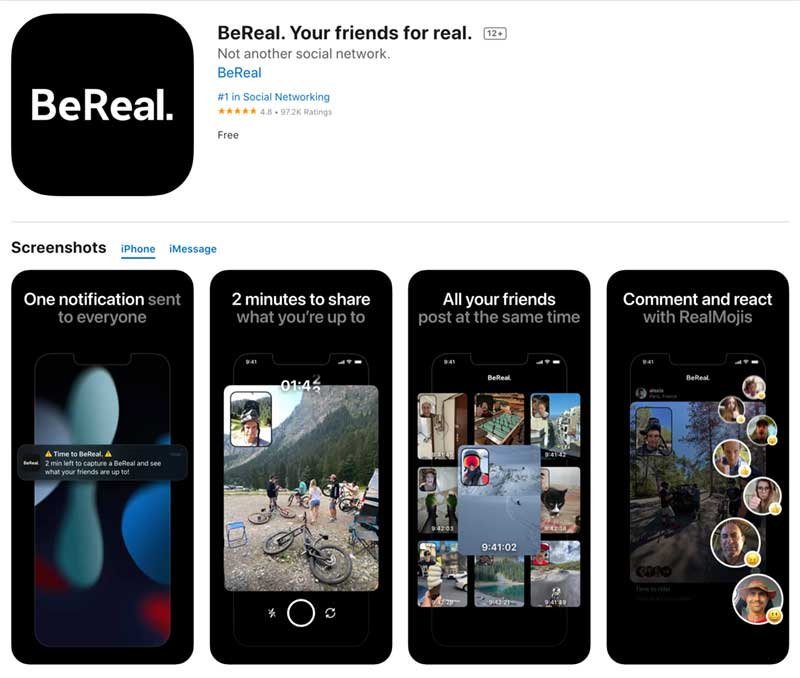 It took some time for BeReal to gain serious traction among mobile users outside France, the app’s country of origin. It was first released in 2020 by developers Alexis Barreyat and Kevin Perreau but made no noise, attracting only a couple of million users in two years.

But 2022 was BeReal’s year. The app made a thundering comeback riding on a paid ambassador program aimed at college campuses. Recent reports talk about over 56 million downloads and a booming presence in the US market. This sudden mass appeal resulted in new and more generous funding for BeReal’s founders, and now the future looks bright for the humble social app.

Besides, it poses an alternative to established social media, where users always complain that people show skewed, curated, or downright fake versions of their lives. Just like when Snapchat or TikTok came along and relied on their distinctive features to attract users from other apps. 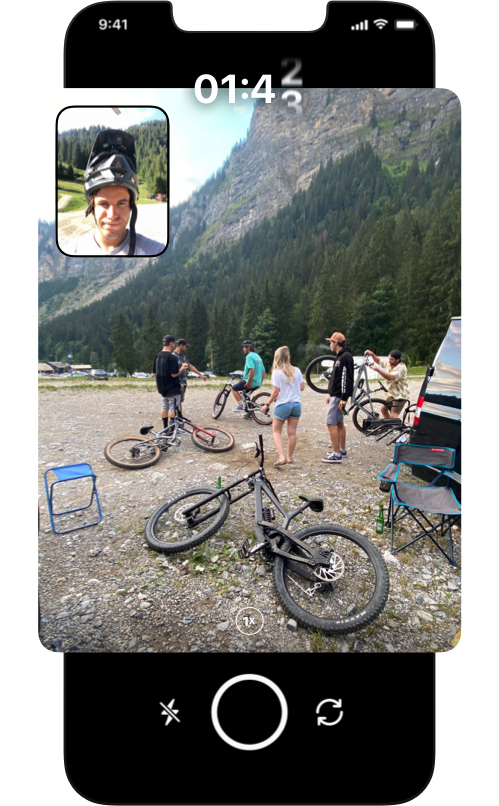 Surviving in a competitive market

So, can BeReal become the next TikTok?

Probably the first ones wondering were the people over at TikTok. That’s why they hurried to copy the photo-sharing app’s core feature by rolling out TikTok Now, a daily prompt for users to share candid photos or videos using both cameras at once. Meanwhile, Snapchat has introduced a dual-camera function, and Instagram has tested a new feature named IG Candid, which is actually a BeReal clone.

Analysts have pointed out that BeReal’s Achilles heel may be its features being easy to duplicate. At the same time, the app remains free of intrusive functions and algorithms designed to get you hooked or monetize your engagement. Simply put, it currently has no means of making money other than growing in numbers and attracting funding.

Being a simple, authenticity-driven, non-addictive, and influencer-free social app is BeReal’s unique selling point. To survive, it might be a good idea to keep it that way.

Perhaps that’s what Barreyat and Perreau are thinking too. According to reports by The Financial Times, their next projected move is to roll out paid-for features (e.g., in-app purchases) and keep their core product forever free and “authentic.”

Let’s see if BeReal is here to stay. 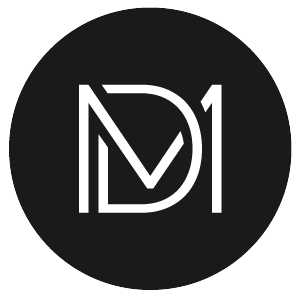 We’ll send you every month a newsletter full of inspiration.
SUBSCRIBE
Login to MDesigners
Reset Password
Enter the username or e-mail you used in your profile. A password reset link will be sent to you by email.

When you visit our website, it may store information through your browser from specific services, usually in the form of cookies. Here you can change your Privacy preferences. It is worth noting that blocking some types of cookies may impact your experience on our website and the services we are able to offer.

For performance and security reasons we use Cloudflare
required
Cloudflare uses the _cflb, _cf_bm, and _cfduid, cookies to maximize network resources, manage traffic, and protect our Customers’ sites from malicious traffic.
Click to enable/disable custom content.
Click to enable/disable Google Analytics tracking code.
Google Analytics is a tool that helps website owners measure how users interact with website content. As a user navigates between web pages, Google Analytics provides website owners JavaScript tags (libraries) to record information about the page a user has seen, for example, the URL of the page. The Google Analytics JavaScript libraries use HTTP Cookies to "remember" what a user has done on previous pages/interactions with the website.
Click to enable/disable Google Fonts.
Google Fonts logs records of the CSS and the font file requests, and access to this data is kept secure. Aggregate usage numbers track how popular font families are, and are published on our analytics page. We use data from Google’s web crawler to detect which websites use Google fonts. This data is published and accessible in the Google Fonts BigQuery database. To learn more about the information Google collects and how it is used and secured, see Google's Privacy Policy.
Click to enable/disable Google Maps.

For users of Maps Embed API, Google uses anonymous cookies to determine the number of unique users of the API. Google also accumulates statistics about the types of features used from the Maps product.

Click to enable/disable video embeds.
Video providers (e.g. YouTube, Vimeo) can collect user data and record information that helps measure how users interact with site content. By enabling video embeddings you agree to the terms of use stated by each provider in their privacy policy.
We and our partners use technologies such as cookies, and we process personal data, such as IP addresses and cookie identifiers, to tailor ads and content to your interests, to measure the performance of your ads and content, and to gain in-depth knowledge of the audience that saw the ads and the content. Click below to agree to the use of this technology and the processing of your personal data for these purposes. You can change your mind and change your consent options at any time by returning to this site.
Privacy Policy